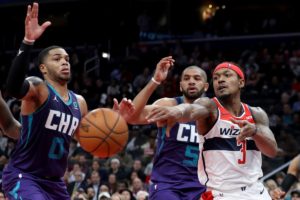 The Charlotte Hornets will be visited by the Wasghington Wizards. This rivalry was a bit favorable and a favorite of the Washington team against the Hornets, but it was nice to bet on both teams by over 228.5 total points at the end of their game. this could be your base for the over/ under, defeating the Hornets in the Wizards in their first appearance at the start of the season with a score of 125-118. The Wizards lost to the Clippers by 119-135, while the Hornets lost to Atlanta by 107-122.