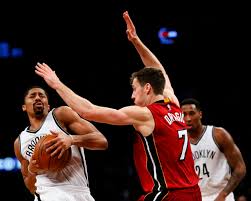 The Heat have an excellent start to the regular season and are up against the Eastern Conference top seed. The Heat gave a strong performance against the Golden State Warriors. The Heat team has the right balance with their Veterans and young talent. The Heat Team is led by their new all-star forward Jimmy Butler, who averages 18.7 points on 42.6 percent shooting from the floor, giving up 6.6 assists per game. The Heat have set a franchise record 30 assists in five of their 18 games this season. Tyler Herro had 29 points, and Goran Dragic had 21 points off the bench on Friday against the Warriors who could once again take on the Brooklyn Nets. The Brooklyn Nets team regained confidence after winning the Boston Celtics led by Dinwiddle with a double-double 32 points and 11 assists. But if the Nets want to defeat the Heat, they will need to step up the team effort against a top defensive team and Dinwiddle will have to show a lot more to win. While veteran Point guard Kyrie Irving is not ready to play for the Miami Heat, Irving is averaging 20.2 points per game, which is a significant loss for the Nets against the Heat.

The Brooklyn Nets are having an uneven defensive issue that is causing the team to lose, while the Miami Heat are one of the top teams when it comes to defense and has a balance of control over their players. My prediction is that the Heat will pour their offense out to beat the Brooklyn Nets.